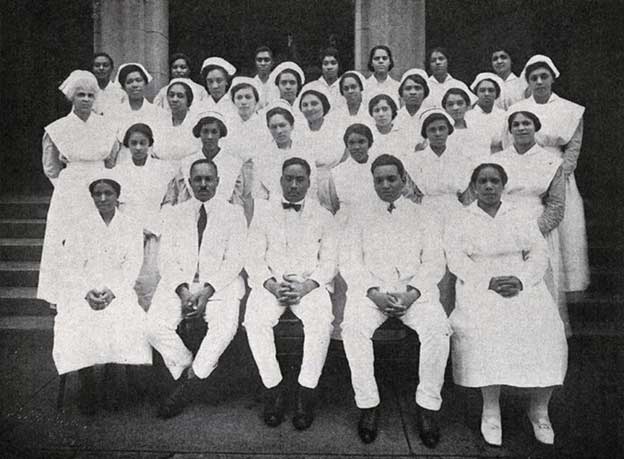 Interns and nurses at Provident Hospital from the hospital’s annual report for 1922.

Americans have celebrated Black History Month (BHM) in the U.S. since February 1915. Throughout the month, Black Americans are recognized for the countless contributions they have made to U.S. history.

Dr. Carter G. Woodson (father of BHM) believed Black people should be proud of their heritage and all Americans should understand Black American’s largely overlooked achievements.

This year’s theme, “Black Health and Wellness,” acknowledges the legacy of Black scholars and medical practitioners in Western medicine, as well as birth workers, doulas, midwives, naturopaths, herbalists, etc., throughout the African Diaspora.

Among the legacy Black American scholars and medical practitioners:

Just as Dr. Woodson believed Black people should be proud of their heritage, and PAHHHA saw the importance of recognizing paid and unpaid caregivers, during this Black History Month and on National Caregivers Day, we celebrate these and all other Black American scholars and medical practitioners who have and continue to contribute to “Black Health and Wellness” in the Black community.